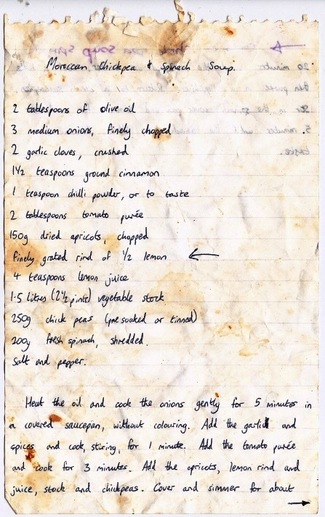 Boveyphil provided the recipe for this famous soup, complete with soup stains and secretly copied from the ancient books of Marrakesh.  Some QCCers who have visited Buvvy Towers are lucky enough to have tried it.


The next best thing is to make it yourself.
Moroccan Chickpea and Spinach Soup pdf 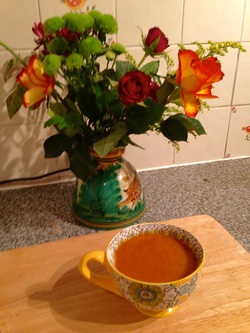 I combined two soups that I used to make into this one and added the red pepper which makes it a little bit more interesting  The original soup has bacon, but it is also very good without for a vegetarian option.
Butternut Squash, Red Pepper and Lentil Soup pdf 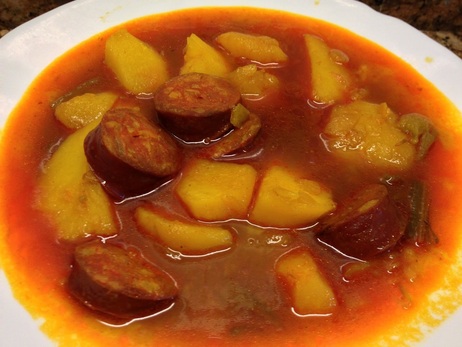 This is a simple Spanish peasant dish, but everybody seems to love it.  I started making it for my students' end of year party because it was easy to make big quantities.  It became so popular that they all kept coming back year after year, not because of me, but because of the soup.  Some even asked me to adopt them after tasting it.
A colleague at work gave me an expensive designer dress in exchange for the recipe.  Now I give it to you for nothing.
Patatas a la Riojana pdf 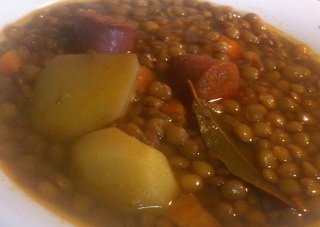 
Vegetarians can omit the chorizo and it will still be nice.
Lentejas con chorizo pdf

by Spanishscot
On 19 August 2015, Cullen Skink was the answer to one of the crossword clues.  I was surprised at how many people knew it and liked it, but I especially liked the fact that it seemed to bring back  lovely memories to many people.  So I thought it deserved a place in our cookery book.
This is a recipe from Nick Nairn, slightly modified by me.  The most important thing  is to use Arbroath Smokies.  If you can't find them, use a good quality smoked haddock, but you must make a fish stock as described in the recipe, using other fish, bones, skin etc. I don't add cream because I don't think it needs it, but it is optional.  And I don't liquidise it into a smooth cream either because I like finding "bits' of it, but some people prefer it smooth. 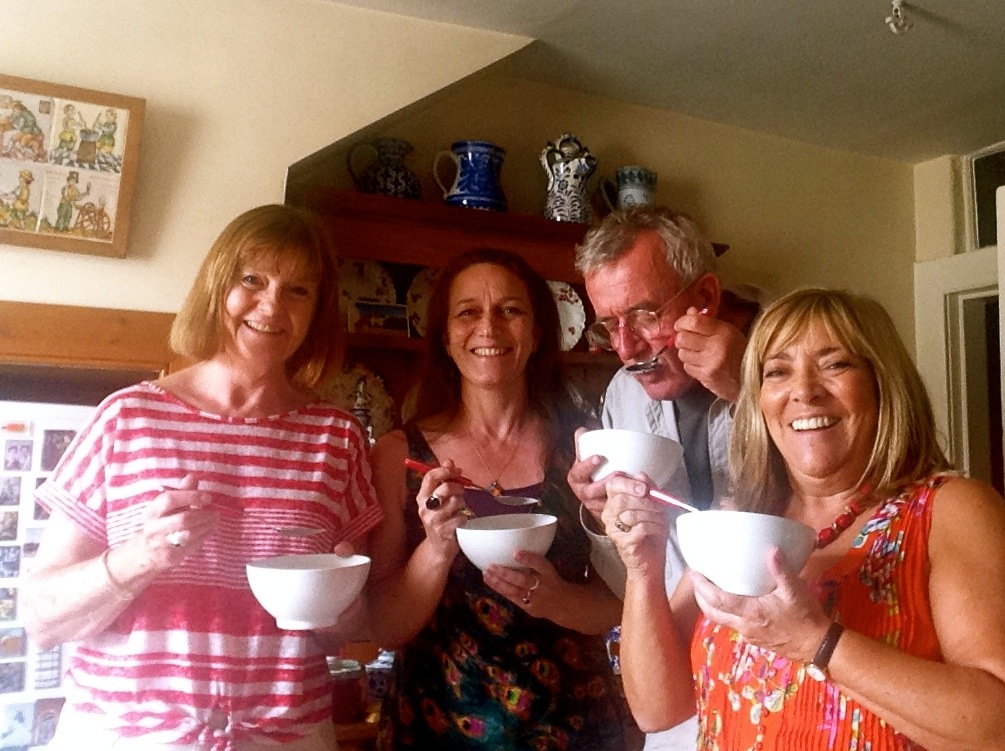 by kath55
﻿Was going to post something weighty and serious - but couldn't be bothered. Will give you my recipe for courgette, pea and mint soup instead. Made it today and it was delicious - so summery.

by TournesolquiDance
Warm tomato salad with nuts and goat cheese 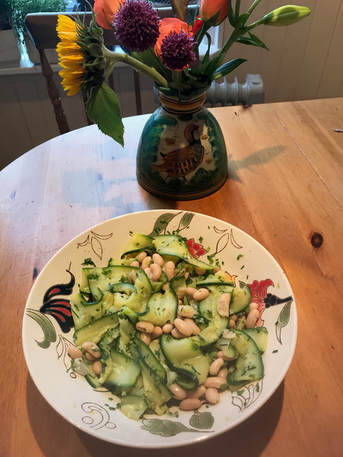 ​Keen gardeners in the QCC always complain about having too many courgettes and not knowing what to do with them.  This delicious salad will solve the problem and you will never need to give your courgettes away to friends.