Our Friends and Other Animals 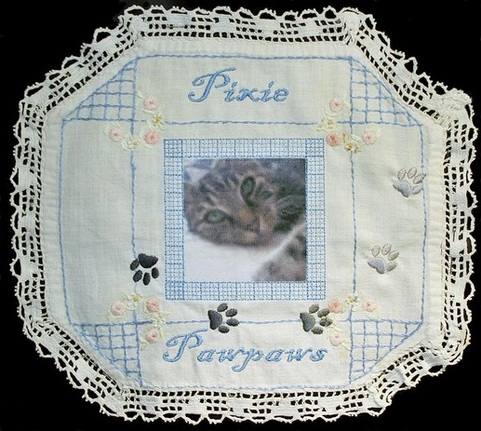 
Let's meet some more of these friends.

Bo's'n and Sally, just like their human guardians FriedFish and Nellietheelephant were the first to meet in the real world.  They are also famous for taking their so called master and mistress  on a wonderful walk along the Cotswolds Way which can be seen on another page in this site. 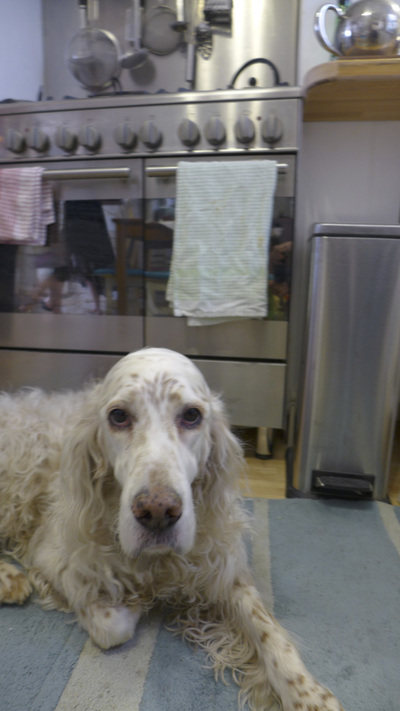 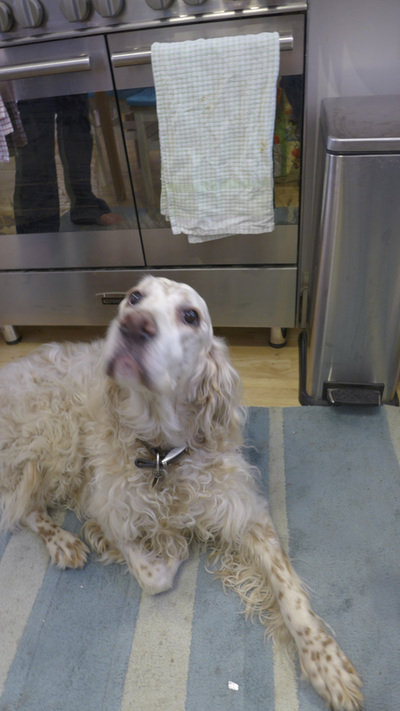 Bo's'n is an honorary QCC member, as he has been present at most QCC Gatherings. According to FriedFish he, unlike Sally, is not a thief, although we know for a fact that he loves CAKE and was caught eating some at least twice at gatherings.  He usually has impeccable table manners though, and also knows a few tricks, like jumping over fences.  He now has a Google profile and an email address to be able to communicate with FFishy in India. 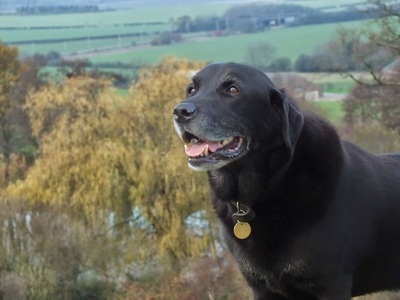 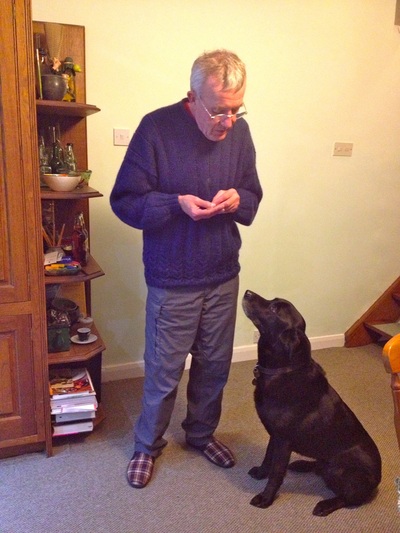 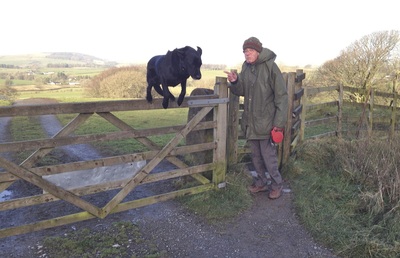 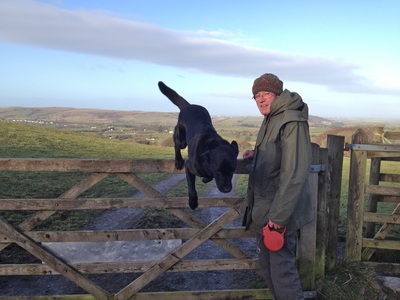 Both cats came from esteemed stock. Pixie Pawpaws, a stunning silver tabby was of Dutch descent and arrived in a basket on the front doorstep one mid December morning, a surprise for our six year old daughter. A gift from a cherished psychotherapist friend. From an early age he was inclined towards acrobatics and bad behaviour. In both house and garden. There were a few near misses with traffic and nocturnal howling duels with rivals, incurring rather too many trips to the vet for patching up purposes.
He was a wonderfully affectionate companion. One's lap was never one's own.
He was not impressed when Freya the Tortoiseshell Norse queen arrived two years later. She had spent her first weeks in an arty farmhouse sharing a spot next to the aga with the original of Picasso's Dove, in the company of many other extravagantly somnolent relatives.
They got on in a fashion. She grew up to be blowsy and take up too much space. Usually his. She had the audacity to produce kittens too. He got his own back over the years with searing paw swipes and a permanent look of distain.
Actually the home eventually ran around them. Both would visit the consulting room to check out the visitors much to their joy and amusement.
He went first. Just disappeared one September afternoon. I remember how glorious the day was and how the back garden looked. And how often I hoped he would run up the path. But he didn't. I didn't like to think of him alone in a random field. My grief was shared and held in the Caff, and Paulette crafted me the lovely doily. On our wall.
Freya missed him. No one to show off to! Having been Second Cat she came into her own and was much loved. Not a lap cat but she liked to sit beside you, batting a soft paw your way if the stroking stopped. I was pleased when her demise came that it was indoors, by a warm open fire in the cold February of 2013.
I can't imagine getting more cats. These ones are still my best pets. 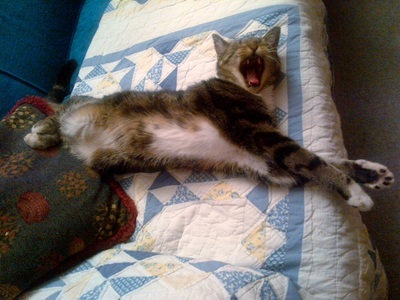 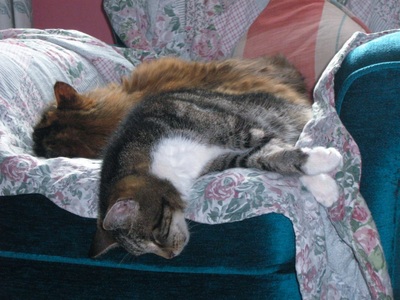 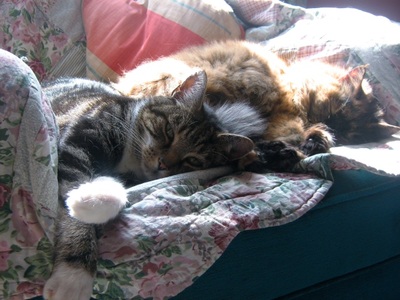 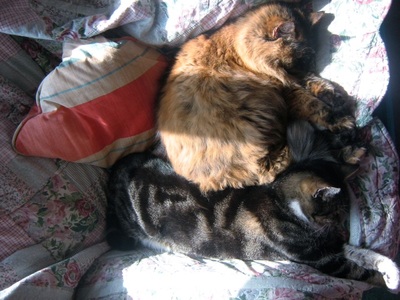 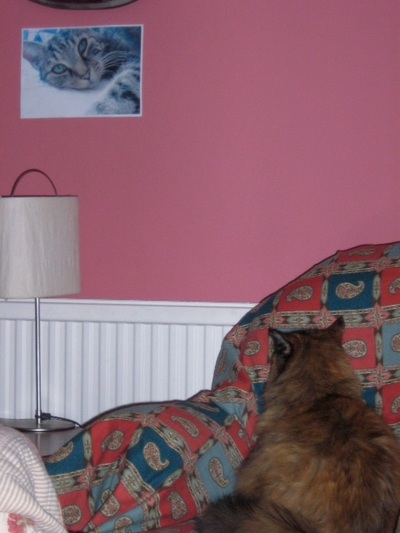 Arwen, is a Northern Inuit, with big feet, which she frequently uses with worrying inaccuracy, to demand attention.  She also has a strong sense of humour, and a big grin.  The breed is often used to act as wolves in films, and on television, appearing in ‘Penny Dreadful’ and the first series of "Game of Thrones’.  Arwen belies her lupine appearance, being one big bundle of fluffy fun, and affection.  If she believes she is being ignored she stares at me “The crossword can wait”,  she says, “But if can get this last clue I’ll...”, I reply.  "Fat chance" says Arwen, as she starts licking everything in sight - including MY COMPUTER.


Tiber was very old when this photo was taken. From the day he arrived to the day he died, I don’t think we spent a day apart.  He was a wonderful friend.

Storm.  Another Large Munsterlander,  Storm’s very laid back, he’d love a chaise longue if anyone knows of one going spare. 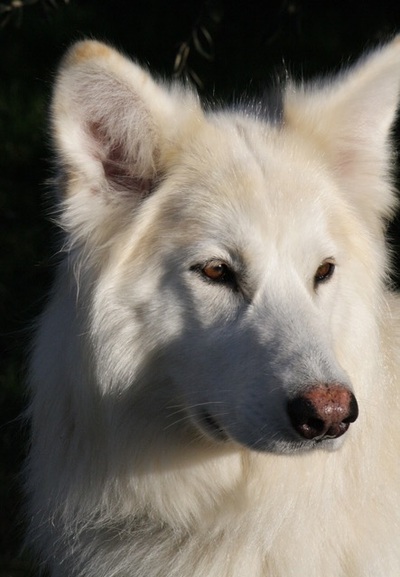 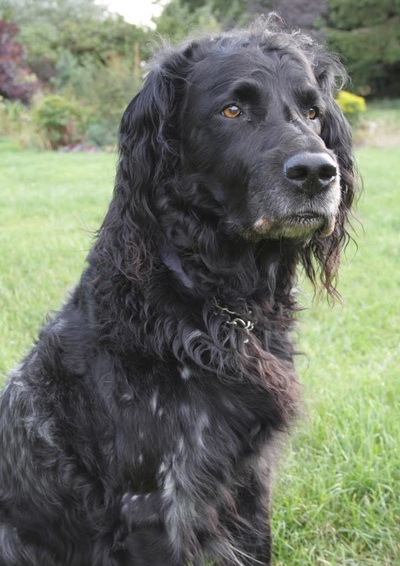 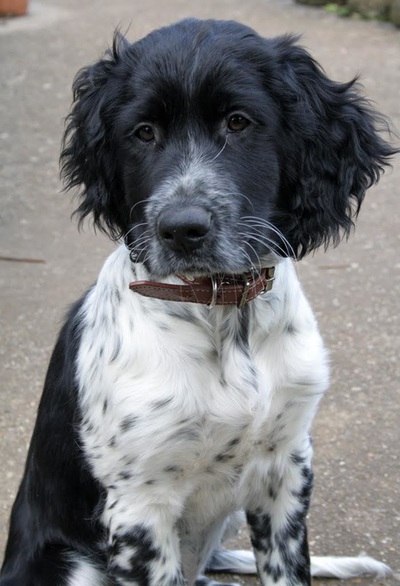 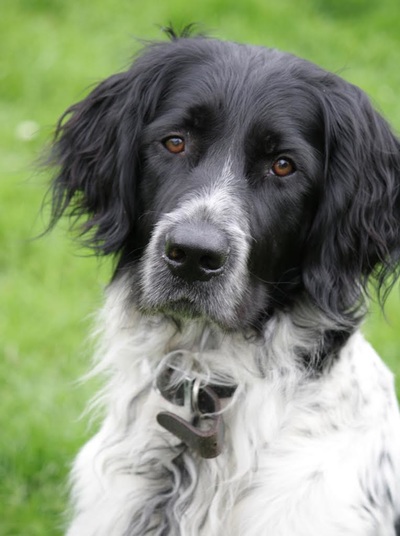 Here are Toffee and Treacle when they were kittens (last year).  The morning after they arrived at the house I got up to find they were missing.   The previous evening they had been shut in the kitchen with their basket, food, water and litter tray.  However, they were nowhere to be found.  After much searching I heard miaowing and discovered they had managed to squeeze through a loose air vent and were hiding in the foundations of the house.  What to do?  I thought of calling  the fire brigade (to do what?) or a builder, but even if he managed to dismantle the kitchen we still might not be able reach them.  Eventually a resourceful soul got a large broom and banged loudly on the floor about where we thought they were. They both zoomed out into the room much to our relief and a bit of air vent reparation was immediate. They have now tripled in size and are none the worse for their adventure. 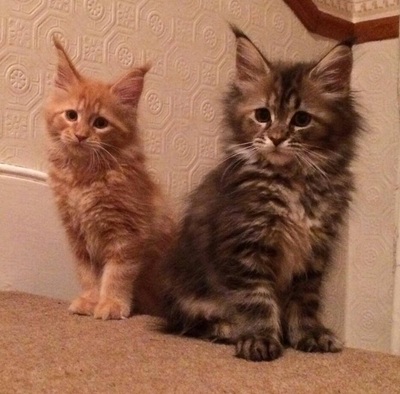 This is Perdy, her given name was Perdita but she never grew into it.  She was a fiend for bags, especially paper ones.  I had to give her this one at Christmas when she was about 18 months old.  I'd bought lovely Crabtree & Evelyn toiletries for my mother-in-law, they were in this bag which I put down for a second when I got in with the shopping.  Next thing, Perdy had rushed to investigate the bag, stuck her head through the looped handle and got caught.  That spooked her, so she ran to try and dislodge the bag.  Before I could catch her she shot upstairs, with the bag thumping behind her,  £18 worth of Lily of the Valley in glass bottles crashing on every step.  That just scared her more, and farcical scenes ensued until the Moufflon and I trapped her in a pincer movement and extricated her.  Luckily, the goodies had survived, although their boxes were a bit battered.  The bag was beyond use as gift wrapping so I left it on the floor.  After a couple of days treating it very warily - who knew when it might attack again - Perdy adopted it as her favourite toy/place until it fell to bits in the spring.

Perdy kept me company doing the crossword on my days off until 2011, but I hadn't discovered the Caff in those days! 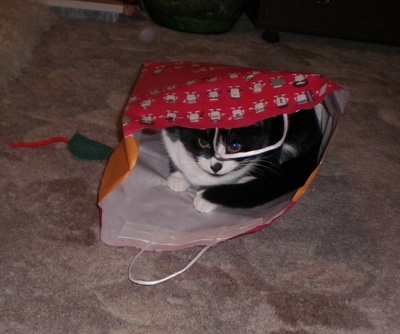 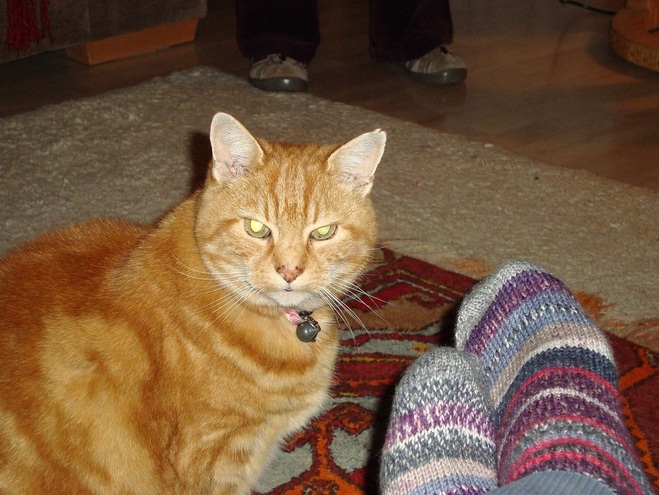 This is Digger the step-cat, looking offended at being sidelined by BSB's sox. At fourteen years old, he models himself on Bagpuss, but is very successful at soliciting tummytickles, and getting the door opened when he can't be arsed to use the catflap.

Kali guards the drawer, Woodie guards a couple of guitars guitars, the bbbbz buzz and the ducks ducked…into lake Tom at The Northern Office..Ebb and the late Flough get over their camera shyness.. but still forget their egg laying obligations…and Mish.. well, Mish is just good at being Mish 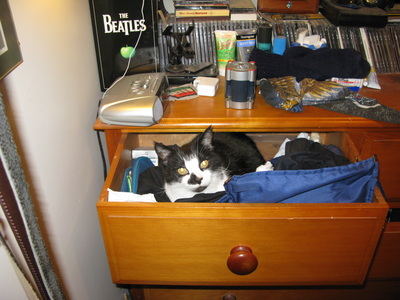 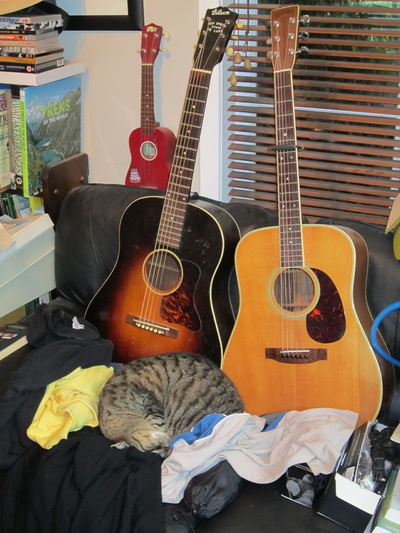 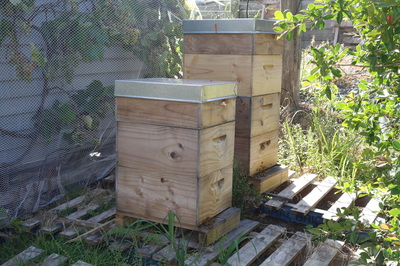 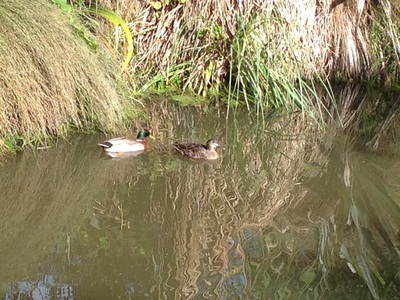 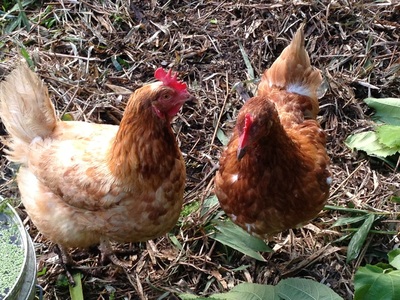 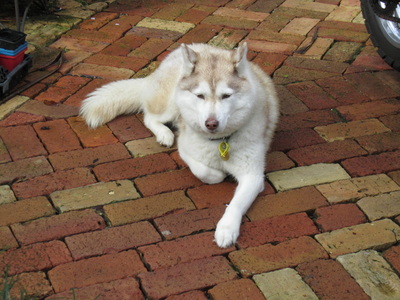 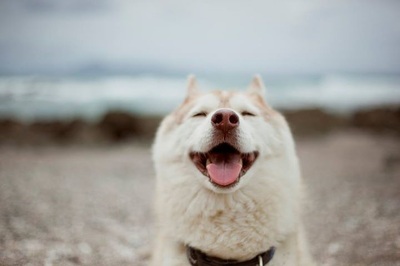 Our friend Bo's'n sadly left us on 23 July 2018. All of us who met him will miss him terribly as he was a wonderful addition to the QCC tribe.  Here are a few memories.